What just happened? Last year Tesla CEO Elon Musk unveiled the company’s intent to deliver a functional prototype robot by 2022. However, all we got was a person dancing in a bodysuit and the promise of progress. Today’s AI Day 2022 showed the first evidence of that progress.

Tesla’s AI Day is a yearly event where the company showcases upcoming technologies and lays out its roadmap for future development. While the technology demonstrations are a big draw for any Tesla enthusiast, the event focuses on attracting new talent to join Tesla and supporting the company’s ever-growing technology portfolio. This year, the presentation concentrated on Tesla’s robotics efforts and full self-driving (FSD) developments.

The point of AI Day is to show the immense depth & breadth of Tesla in AI, compute hardware & robotics

Unlike Musk’s initial announcement in 2021, the presentation opened with a look at Tesla’s current prototype robot, Bumble C. The automaton, which slowly walked the stage to give the crowd a demonstration of the company’s progress, serves as the basis for Tesla’s target production iteration known as Optimus. According to Musk, the Bumble C prototype was built and functional within six months of the company’s initial announcement.

While it may not give the team at Boston Dynamics much to worry about just yet, considering the company’s track record of delivering innovation in the aerospace and EV markets, there’s good reason to believe that a successful Tesla robotics program isn’t a matter of “if,” but rather “when.”

The Optimus presentation highlighted several of the prototype’s current and planned features. The 73 kilograms (160 lbs.) robot is powered by a 2.3 kWh battery centrally located in its torso. The pack’s single PCB includes all the integrated electronics required to manage power sensing, distribution, and charging.

The presentation touched on several other features, such as the bot’s hands and navigation capabilities. Optimus will feature five fingers and an opposable thumb on each hand, allowing for highly dexterous grasping, gripping, and object manipulation. The visual navigation hardware and software used are based on the technology currently supporting Tesla’s self-driving vehicles. The AI Day presentation included several examples of the bot’s object manipulation and navigation capabilities.

The presentation later shifted from robotics to another hot topic — Tesla’s Full Self-Driving (FSD) system. The presentation touched on several FSD-related advancements and updates, including the system’s AI-based decision-making capabilities, factors affecting the system’s 3D mapping, video model training optimizations, and issues related to FSD’s Lane Networks feature. The team claims the program’s user base has grown from 2,000 users in 2021 to more than 160,000 users in 2022.

Tesla’s attempt to attract fresh new talent will be vital to the company reaching its goals in the coming years. Musk says he wants to have a functional humanoid robot as quickly as possible using the same design, development, and production discipline as their line of electric vehicles. If successful, this would result in a low-cost, high-volume, and high-reliability robot that can be mass-produced and provided to users for less than $20,000. 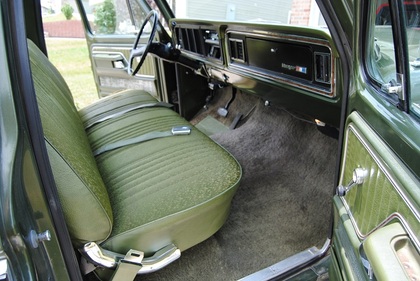